The Milwaukee Fire Department responded to a house fire near North 24th Street and Garfield Avenue around 1:30 AM on Friday, December 24th. Originally reported as a rubbish fire, first arriving firefighters found a house on fire.
As firefighters worked to extinguish the blaze, the roof collapsed.

No injuries were reported at the scene and there is no word if anyone was home at the time.

more HERE and at Chicagoareafire.com

Kenosha firefighters responded to a dumpster fire at 30th Avenue & Roosevelt Road on Tuesday night during the third night of civil unrest.
Firefighters extinguished the fire before it could spread to the Pizza Hut and a nearby house.

Some photos from the 2-Alarm house fire in Buffalo Grove, IL – August 26, 2020 – more photos at Chicagoareafire.com 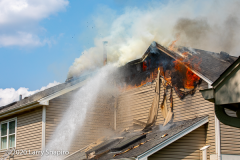 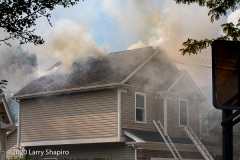 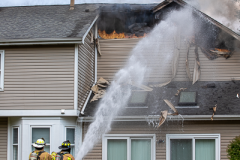 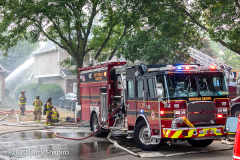 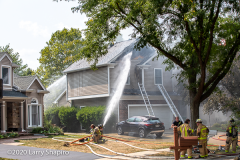 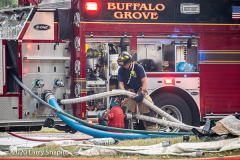 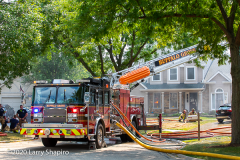 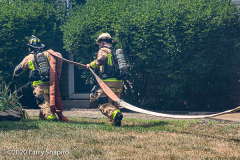 More on the civil disturbances in Kenosha

08/24/20 – Night two of protests in Kenosha,WI led to several business looted and set ablaze. The largest were several storefronts along 22nd ave. Kenosha activated a MABAS response to the 5th alarm bringing in several Illinois departments. Most sat in the staging area much of the night, but crews from Zion, Newport, Gurnee, and several others were put to work.  Jeff Rudolph 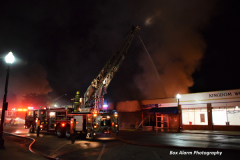 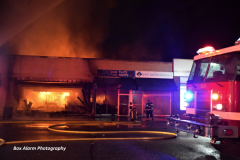 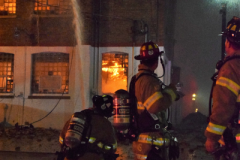 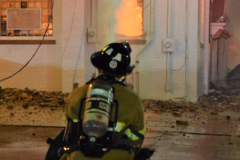 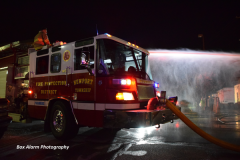 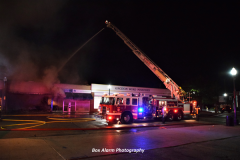 Cambridge (ON) firefighters that had been at the Linden fire were busy cleaning their trucks and looking forward to dinner plus some much needed rest. Dispatch toned out P 31, 35, Tanker 31, and spare P 38 for a trailer in an attached garage and two houses on fire at 74 Rouse Ave at 17:30. Tanker 31 arrived on scene and confirmed they had a trailer in a garage, and two houses fully involved. All firefighting was defensive from the start.

A 34 cleared the Lindon call and responded to Rouse Ave. There was heavy fire in the rear of both structures with fire through the roof. A 34 setup their aerial, and firefighters pulled numerous lines around the building. It took more than an hour to knock the fire down. Two firefighters were transported to a hospital with heat exhaustion. Damage has been set at $1.5 million.

Photos taken by Box 690 member Dave Westwood who responded to the call from the Linden fire. Photos and video start approximately 20 minutes into the fire. Box 690 served over 200 drinks at this fire, making it a very busy day for the eight members that assisted at both fires.