On Wednesday afternoon (7/6/22), we followed a column of smoke and came upon a well-involved 3-sty newly constructed house @ 910 N Wood, extending to 912 N Wood in Chicago. This home was under construction at the time of the fire, and appeared to be receiving spray foam insulation. Engine 30 arrived and deck-gunned the front of the house, while Engine 14 backed down the alley and deck-gunned the rear. In all, six hand lines were in use with the two deck guns. Heavy fire consumed the attic space of the exposure house to the north. CFD did a great job and brought it under control quickly. Here are some shots from the fire. Full gallery is on our site. 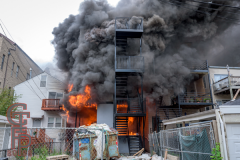 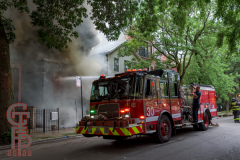 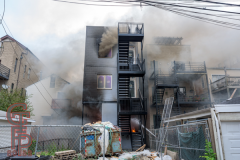 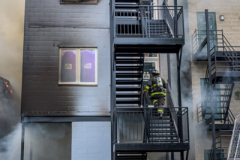 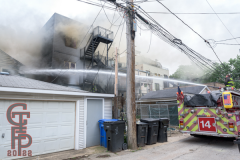 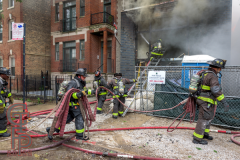 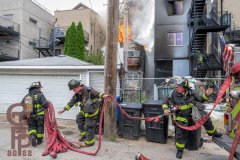 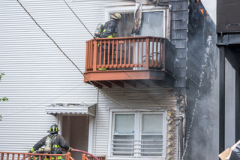 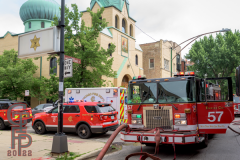 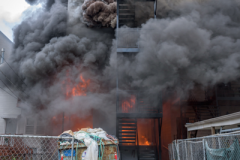 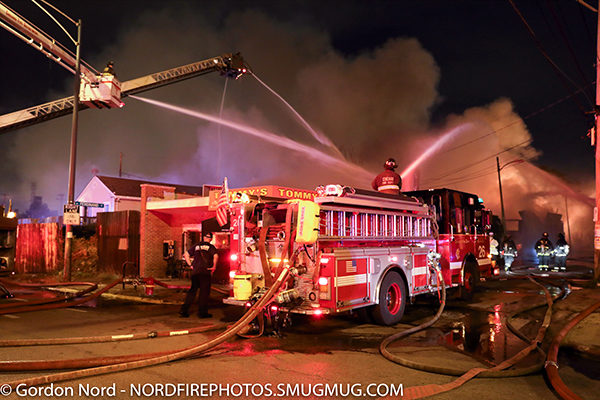 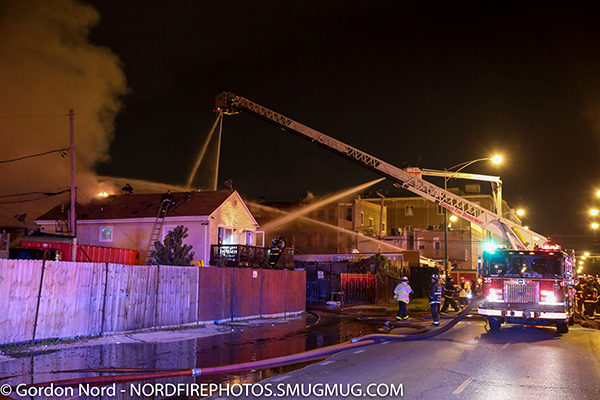 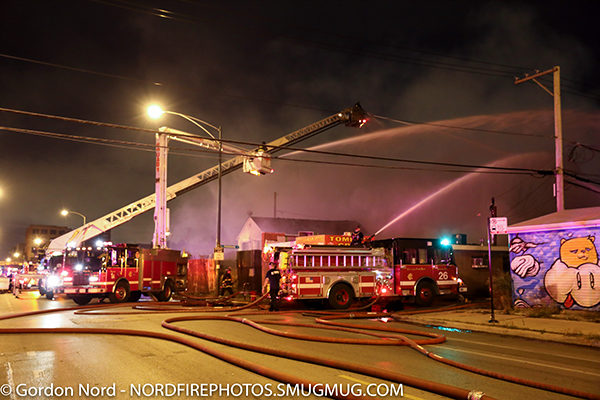 I took this fire in from Hoffman Estates as soon as I heard the still and box. (thank God there was no traffic on the Kennedy Expressway). This was a vacant 6-story factory, 200×150, and they had heavy fire on the 5th and 6th floors when I arrived.

There were several special calls that eventually brought ALL six tower ladders to the scene and all six were set-up and working simultaneously.  They would use 6-TLs, 2-ladder pipes and 1 Snorkel along with several handlines to bring this fire under control. TL39 and TL21 were on Morgan street. TL14 was in the rear off Morgan next to Trk 4. Squad 1 was at the corner of Cullerton and Morgan. TL10, TL62, and TL23 were set-up along Morgan Street.

I was lucky enough that the shot with the nose of Squad 1 in the foreground and the corner of the building with heavy fire was on the cover of Firehouse Magazine in May of 1989.

These were all shot on Kodachrome 200, they were scanned and run through Lightroom 5 to adjust the exposures. Chicago Squad 1 about to put their Snorkel to work. John Tulipano photo The massive fire seen from a block away. John Tulipano photo Two tower ladders,a ladder pipe and a Snorkel are setup on this street. John Tulipano photo

The link to my smugmug site is below.
http://tulipano-firephotos.smugmug.com/Other-1/1091988-3-11-Alarm-Cullerton/i-T6qQTGb

A photographer’s start in Chicago

In honor of the opening of this great endeavor, I thought I would share some of my first pictures and a short tale about how I became interested in fire photography.

In the winter of 2006, I had become bored with my usual routine and decided that I wanted to do something different.  As a middle school teacher, I occasionally found myself with a lot of time on my hands. So that  December, I decided I would take my interest in photography and begin doing a photo study about all of the fire stations in the city of Chicago.  I had no clue what I was doing.  I knew nothing about the fire department and had to look up each house on a map and do a few a day.  I was the kind of person who would have easily called an engine a “fire truck”.  I didn’t own a scanner and didn’t know much about the north side of the city. On the day after Christmas, I headed out to add a few houses to the ones I had already shot earlier that month.  I had six stations that I was going to make it to that day, and Engine 14 was the last on my list.  I arrived at their quarters just after noon and as I began to snap off a few photos, the doors opened up and the lights of Engine 14 and Truck 19 went on.  At the time I didn’t know that companies routinely went on ambulance assists and box checks and the rest of the daily grind.  I thought immediately that they must be going to a fire!

I ran to my car and began heading down Chicago Avenue.  I could see the lights up ahead in the distance but they had gained a lot on me and I was hoping I wouldn’t lose them.  I had no idea where they were going.  As I sat through a few red lights I realized that they had stopped a few blocks ahead.  At first, I wasn’t sure if there was a fire as the smoke conditions in the front of the building weren’t much.  The second photo of Truck 19 raising their aerial is what I saw as I approached and you can see there was a little smoke showing from the front door of a pizza place. I ran around the back to the alley and found that the seat of the fire was in the kitchen.  There was a wood frame addition in the rear of the 2-story ordinary which housed supplies and the fire was quickly spreading to this addition.  The cook of the restaurant hesitated calling the fire department when he had tried to contain a flash over on his own. The fire would eventually be boxed and the rest of the story you can see in the pictures.  The fire consumed the back portion and pushed through the roof.  Eventually companies took position next door to get a better vantage point.  The 12th battalion chief can be seen in the last photo checking on conditions as these companies hit the fire from above.  I think I went out and bought a scanner the next day.  I had no idea how hard it would be to get in this position again!  Being on scene as the first due companies are stretching can be a tough task and I have been pursuing that scenario ever since. 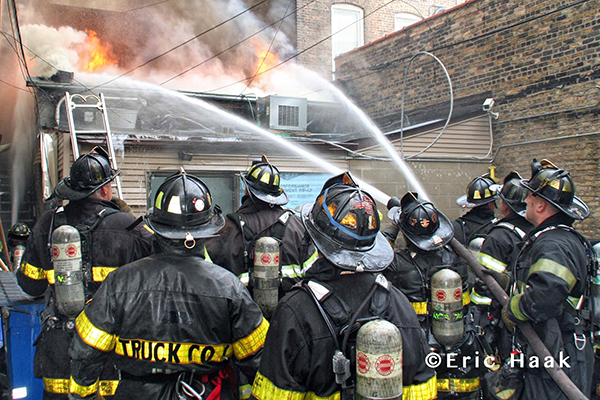 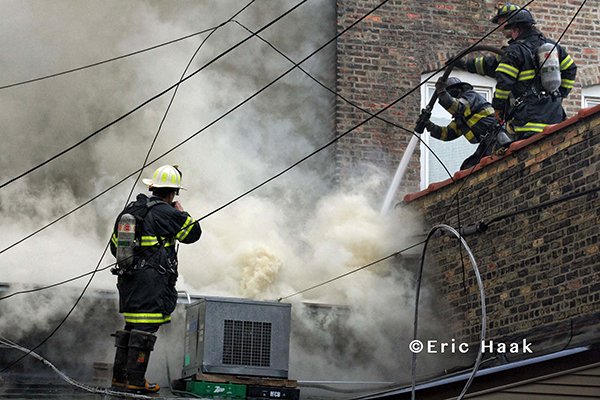