On Sunday afternoon January 8, 2023 Detroit firefighters fought their first extra alarm fire of the year. A one-story grocery store at Chalmers and Wilshire was destroyed in a two-alarm fire. Two aerials and handlines were used to bring the fire under control.

June 5, 2021 Three, three-story buildings in downtown Lapeer, Michigan were destroyed by fire. At the peak of the blaze, eight aerials were operating.  Four aerial platforms were operating on the “A” side, one on the “B” side of the structure, and three quints were on the “C” side. It took several hours to bring the fire under control. Ten departments responded on mutual aid.

This 3-Alarm fire occurred in Sterling Heights MI on Christmas day, 12/25/18 in an occupied apartment building. The first image shows two Sterling Heights firefighters bailing out of a second floor window after calling a Mayday. One went down the ladder head first and the second jumped. Seven mutual aid departments responded to the scene, another three were used for station coverage. 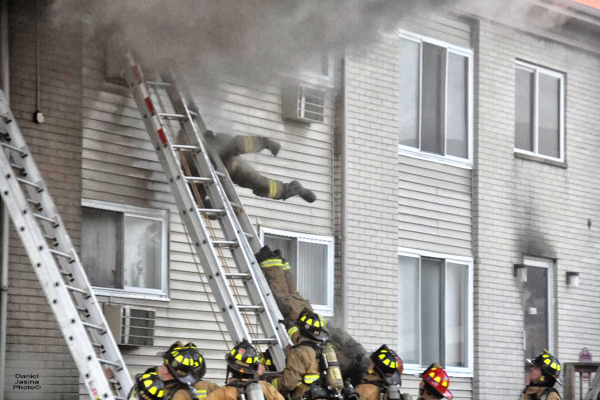 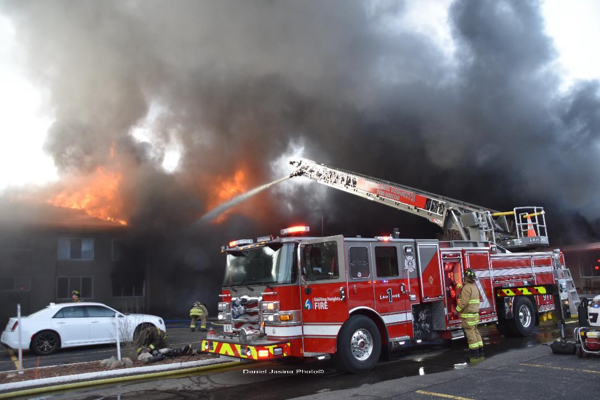 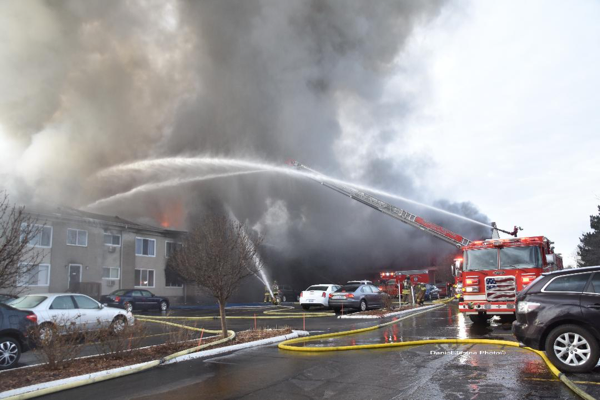 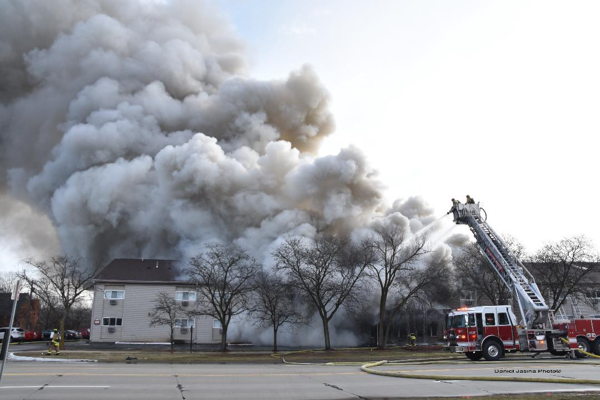