Palatine (IL) firefighters were called for an apartment fire in the Woodhaven apartments at 15 B Dundee Quarter Drive 12/23/20. Engine 82 found heavy fire on the third floor upon arrival. They used a blitz attack right away with their deck gun as lines were pulled to make an interior attack. The attic was well involved with flames venting through the roof. As other Palatine units arrived and took additional lines inside, the majority of the fire was extinguished in short order. The building’s design included a mansard roof which created concerns for hidden fire and the potential for communication around the fire wall to the next building. Vent holes were cut into the mansard on the B side and flames were again visible through the roof as Arlington Heights Tower 1 was preparing to deploy a master stream. Interior companies handled the remaining fire and the master stream was not used. At one point a master stream from Palatine Quint 83 was used to wash down the exterior in sector A. 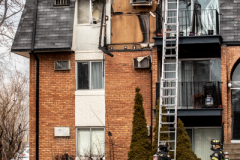 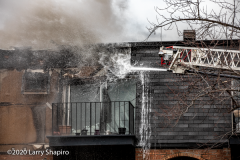 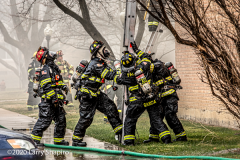 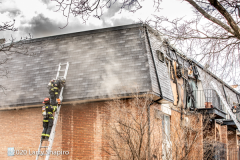 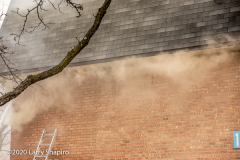 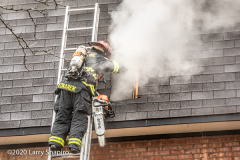 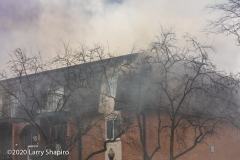 more photos and video at Chicagoareafire.com