SHELTON, CT – At approximately 12:44pm on January 14, 2021, the Shelton Fire Department was dispatched to Waterford Lane for a reported kitchen fire. First units on scene found heavy fire showing from two windows on the D-side of a wood frame private dwelling. All occupants and pets were reported out of the structure safely before FD arrival and an interior attack was commenced. Conditions deteriorated quickly as the fire spread rapidly throughout the home and all members were ordered out of the structure for a defensive attack. A mayday was called during overhaul operations when two firefighters broke through the fire ravished second floor. Neither were injured and the mayday was quickly cleared. 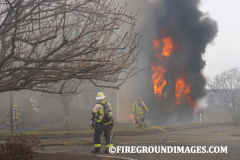 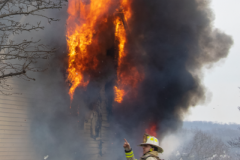 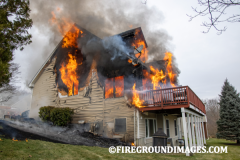 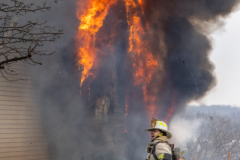 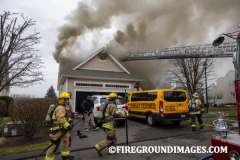 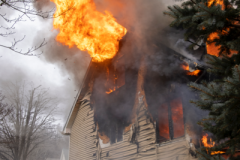 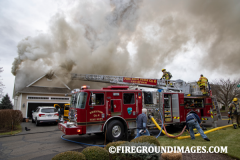 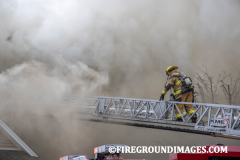 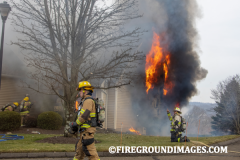